UK construction firms indicated a disappointing end to 2018 as business activity growth eased to a three-month low and new orders expanded at a relatively subdued pace.   The main bright spot was a sustained rebound in civil engineering activity, which rose at the fastest pace since May 2017.

Business optimism towards the year ahead construction outlook also picked up in December.   The degree of confidence was the highest since last April and well above the near six-year low seen in October.   Survey respondents cited hopes of a boost to growth from work on big-ticket transport and energy infrastructure projects in 2019.

At 52.8 in December, down from 53.4 in November, the headline seasonally adjusted IHS Markit/CIPS UK Construction Total Activity Index posted above the crucial 50.0 no-change value for the ninth consecutive month. 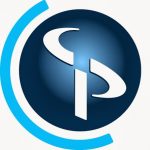 However, the latest reading signalled only a modest rate of expansion that was the slowest seen since September.

Anecdotal evidence suggested that subdued demand conditions were the main factor behind softer output growth in December.   There were also some reports that unusually wet weather had acted as a brake on construction work.

The slowdown in construction growth largely reflected softer rises in commercial and housing activity during December.  Commercial building was the worst performing category, with activity expanding at the slowest rate since last May.   Work on civil engineering projects was the strongest performing area of construction activity at the end of 2018, with growth the fastest for just over one-and-a-half years.

Total new business volumes picked up for the seventh successive month, but the rate of expansion eased since November and remained only modest.   A number of construction companies noted that heightened political uncertainty had encouraged delays to spending decisions among clients, especially in relation to commercial development projects.

A solid rise in employment numbers was recorded across the construction sector in December.   However, the rate of job creation eased from November’s near three-year peak.   Some firms noted that efforts to reduce costs had led to the non-replacement of voluntary leavers at the end of the year.   Sub-contractor usage meanwhile picked up, with the rate of expansion the strongest since December 2015.

There were some positive signs for construction supply chains, with delivery times for materials lengthening to the least marked extent for over two years.   Moreover, input cost inflation was the second-lowest since July 2016, despite ongoing reports that the weak pound had pushed up prices for imported items.

Tim Moore, Economics Associate Director at IHS Markit, which compiles the survey, said, “UK construction firms signalled a slowdown in housing and commercial activity growth during December, which more than offset a strong performance for civil engineering at the end of 2018.

“Subdued domestic economic conditions and an intense headwind from political uncertainty resulted in the weakest upturn in commercial work for seven months.

“Strong demand among first-time buyers meant that house building was the fastest growing category of construction output during 2018.   However, construction companies indicated a renewed loss of momentum in December.   Residential growth remains much softer than the two-and-a-half year peak achieved last summer.

“Civil engineering was the stand-out area of construction growth in December, with activity rising at the fastest pace since May 2017.   Survey respondents also noted that the strengthening infrastructure pipeline is set to become a key engine of growth in 2019, despite concerns about possible delays to the delivery of major projects.

“An expected boost from transport and energy projects underpinned a rise in business optimism to an eight-month high in December.   Construction sector confidence was also helped by softer input cost inflation and signs of a turnaround in supply chain difficulties from the low point seen last August.   However, levels of optimism remained subdued in relation to those recorded by the survey over much of the past six years, largely reflecting concerns that Brexit uncertainty will continue to encourage delays with decision-making, especially on commercial projects.”

Duncan Brock, Group Director at the Chartered Institute of Procurement & Supply, said, “With a slight rise in new orders and a softening in overall activity growth, firms continued to be impacted by Brexit-related uncertainty and reluctance by clients to place orders especially for commercial projects.

“The saviours of the sector were residential building expanding for the 11th month in a row and civil engineering work rising at the fastest pace since May 2017, but additional underlying pressures were still in evidence.   Continued price increases for raw materials remained a challenge, but suppliers at least were able to deliver their best performance since September 2016 in spite of extra demand as a result of stockpiling.

“Through all this, construction firms remained resilient as optimism for the future rose to an eight-month high.   This muted end to the year could not dampen hope completely as construction kept its head just above water waiting for political resolutions to the Brexit crisis and a clear path ahead.”

UK construction Output at its worst since March 2018

Urgent work to make buildings safer can be undertaken now that the Chancellor of the Exchequer has announced a £1bn building safety fund, says Helen Hewitt, CEO of the British... more